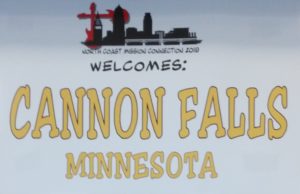 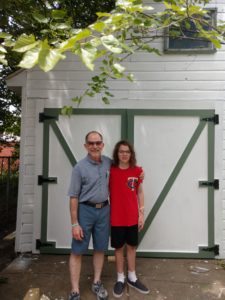 It is Thursday, June 20th. The week is about over and the youth are trying so hard to get their site projects done for by 3:30 pm Friday. They were told if we get 100% of the Camps Sites completed that Chuck (one of the Camp Host) and Brian (the Camp Director) will take a Whip Cream PIE in the Face. As of this evening they have about 3 sites out of 25 Completed. About 90% of the sites have some type of panting that is needing to be done. But due to the Rain we had late this morning and early afternoon, some of those sites have been delayed.
Today they had a 3 on 3 tournament. Our Youth had a team and they won. Now they play my team, the Red Shirt on Friday afternoon.
My responsibilities have been about the same all week long. But today I got some Site Coach Training with Jeff and Mark 2 of the Site Coaches that are at this camp. The Awesome Summer Staff, stated the other day that I was crazy, but they love me for it.
Thursday’s Theme is: GOD FORGIVES YOU (for everything!) Moving forward, past your sin. The story of David and Bathsheba. 2 Samuel 11. No matter what we’ve done or thought, God forgives us. It’s sometimes hard to believe or understand but it’s always true. David’s example will be our guide as we learn that truth for ourselves. God forgives… all of it.
During the morning program we focused on Psalm 51:1-3;7-10. We talked about sin we/you struggled with the most – the one you keep saying you won’t do anymore. Then with this sin in mind and remembering what Psalm 51 states. Then we read Psalm 51 again slowly as a prayer and made it our own. In our Crew Devotions, we we continue to read Psalm 51 talking about Sin and Transgressions. In the evening program we talked about forgiveness. How God can forgive our sons. Then for our Youth Group Devotions we read 2 Samuel 12:7-9,13-14. The scripture talks of how God sends his prophet Nathan to confront David of his Sin.