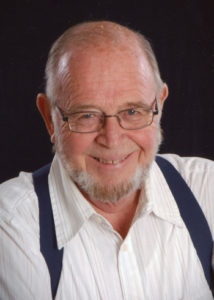 Dave was born the eldest of five children on May 4, 1941 in Northfield, MN, to Russell E. and Grace (Carlson) Bremer. David grew up in Cannon Falls, graduating with the class of 1959. Following that, he attended Winona State University.

Dave served in the United States Air Force from October 1962 to October 1966. In 1964, he left for an overseas tour of duty in Vietnam until 1965. On April 4, 1970 David was united in marriage to Marianne K. Hutchinson in Garden City, SD. They eventually settled down in Cannon Falls. In May of 1974, Dave was hired as a full-time member of the MN Air National Guard until his retirement in March of 1996 as a Master Sergeant.

Upon his retirement, David attended MN State College Southeast, graduating with a degree in accounting. After receiving his degree, Dave went to work at Dakota County Technical College until his full retirement in 2008.

David was a member of First Congregational United Church of Christ, Cannon Falls VFW since 1965, American Legion since 1976, and DAV (Disabled American Veterans) since 2005.

He was preceded in death by his parents, Russell and Grace; nephew, Joseph Hemmah; brother-in-law, Herb Hutchinson; and sister-in-law, Lois Snyder.

Visitation will be held on Sunday, October 27 from 2-5 p.m. at Lundberg Funeral Home in Cannon Falls. A memorial service will be on Monday, October 28 at 11 AM, with visitation from 10-11 AM, at the First Congregational Church, 220 W. Main St., Cannon Falls. Interment will military honors will follow at the Cannon Falls Cemetery.

The family would like to thank the loving caregivers with Mayo Clinic Health System – Red Wing Hospice for their compassion and support.